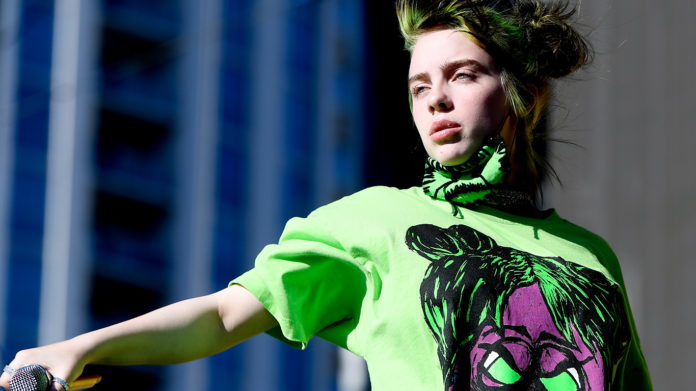 One of pop music’s most surprising success stories this year is that of Billie Eilish — the 17-year-old singer-songwriter who sent 15 songs to Billboard’s Hot 100 singles chart in 2019, including the No. 1 hit “Bad Guy.” And while her chart success is noteworthy regardless of age, the fact that Eilish is the first No. 1 artist born this millennium undoubtedly adds to its significance.

Pop music has always been especially popular with younger audiences, so it follows that some performers will similarly be young. While Billie Eilish is among the more high profile younger musicians, she’s far from the only one.

24/7 Tempo has identified the youngest musicians to appear on the Billboard Hot 100 in 2019. All 38 of these artists are 23 years of age or younger.

Hip hop continues to be the most popular genre in American music, and many of the youngest musicians on the Hot 100 are rappers. These entertainers often gain recognition early on by independently releasing music on internet-based music platforms, such as Soundcloud, before signing with record labels that release their higher profile work.

Rap music also lends itself to collaborations and guest appearances on other musicians’ songs — a proven way to expand one’s visibility and fanbase. This is not limited to hip hop, however. Shawn Mendes and Camila Cabello had a No. 1 hit this summer with their “Señorita.” Singers Sam Smith and 23-year-old Normani also scored a top 10 single with their collaborative “Dancing With a Stranger.” Here are the top musical collaborations to hit No. 1.

To determine 2019’s youngest pop stars, 24/7 Tempo identified the age of the artists behind every song that charted on Billboard’s Hot 100 pop singles chart from the beginning of January, 2019, through the week of Sept. 28, 2019. To be considered, a musician had to be either the primary artist for a song or an equal collaborator. Artists were then ranked by age, with chart performance used as a secondary ranking metric.