16. Pato
> Most popular in: Argentina

Pato — the national sport of Argentina — is similar to basketball but with at least one major difference: it is played on horseback. The object of the game, played between two teams, is to throw a ball with a leather handle through a circular hoop. 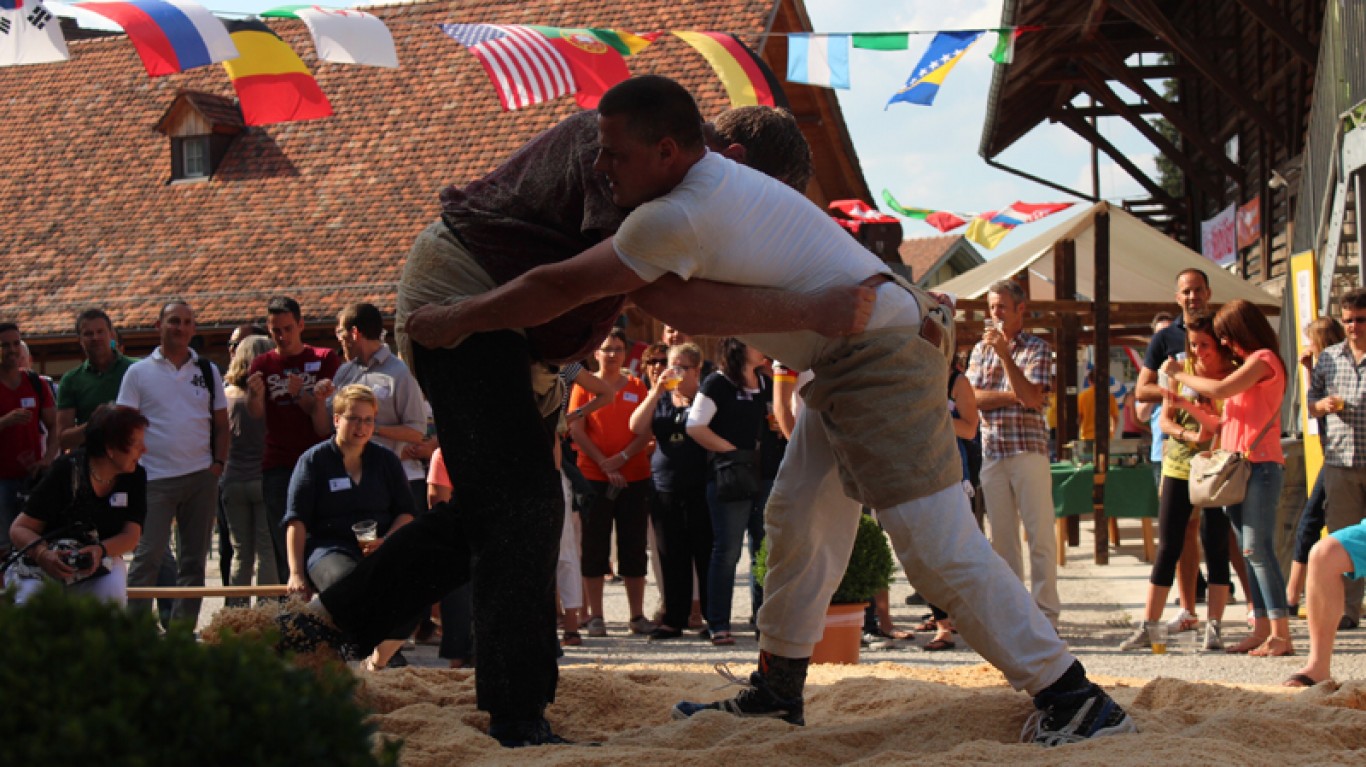 17. Schwingen
> Most popular in: Switzerland

Schwingen, also called Swiss wrestling, is, well, a form of wrestling that originated in Switzerland, where it remains hugely popular. It has a complicated rule set, but competitions occur in 10-12 minute rounds, with two opponents facing off and attempting to throw each other on their backs. It is often played on sawdust.

Sepak bola api id a game very similar to soccer except that instead of a soccer ball the game is played with a flaming coconut that has been dried and hollowed out and soaked in kerosene. Players typically undergo a three-week training ritual before a match to better withstand the pain from the flame.

Sepak takraw is a highly entertaining hybrid of soccer and volleyball. The goal of the game is for the teams to get the grapefruit-sized ball to land on the opponent’s side of the field using their head, feet, knees — anything but their hands. The game is most popular in Southeast Asia.

Much like the game of cornhole many Americans are familiar with, tejo is played by tossing a metal disk and trying to hit a small target, often while the players drink beer. The similarities stop there, however, as the targets are surrounded with explosive packets of gun pounder, which will earn the thrower more points if they are hit.

By Michael B. Sauter and Samuel Stebbins