On Jan. 20, 1942, Nazi officials led by SS general Reinhard Heydrich met at a villa in Wannsee, a suburb of Berlin, to decide on a ”permanent solution” to what they called the “Jewish problem.” Out of that conference emerged the creation of a network of extermination camps intended to wipe out the 11 million Jews in Europe.

The largest complex of its kind was Auschwitz, in German-occupied Poland – which was not a single camp but a grouping of more than 40, dedicated to the imprisonment and often the murder of Jews and other “undesirables.” (These are 30 symbols used by the Nazis to mark their victims.)

Most of the prisoners were sent straight to the gas chambers upon arrival, being told to leave their luggage behind once they disembarked from the trains and get undressed for disinfection in a shower. Instead of being gassed, some were literally worked to death. Auschwitz would become the largest of the Nazis’ six extermination centers and the deadliest, accounting for the deaths of a million people.

In solemn observance of the opening of Auschwitz in Poland on May 20, 82 years ago, 24/7 Tempo has compiled a collection of photos of the death camp, where the “Endlösung der Judenfrage,” or final solution to the Jewish question, was realized so horrifyingly.

Auschwitz operated for more than four years. By the summer of 1944, however, the German war machine was collapsing on both the Eastern and Western fronts, and the Allies began liberating the camps. The first major one to be liberated – by the Red Army – was Majdanek, in Lublin, Poland, in July 1944. By then, the Nazis had evacuated most of that camp’s prisoners and sent them to concentration camps further west, including Auschwitz.

Prisoners at Auschwitz would not be liberated until Jan. 27, 1945 – again by the Soviets. They freed 6,000 survivors and discovered evidence of the mass murder that had taken place at the camp – as well as warehouses containing the personal belongings of hundreds of thousands of victims. (Unfortunately, anti-semitism and other potentially deadly prejudices are still very much alive, even in our own country. These are the states with the most hate groups.)

The road to recovery for the survivors of the Nazi horror would be long and difficult. Out of this catastrophe would emerge the nation of Israel, its very existence a defiant rejection of the Nazi attempt to eliminate the Jewish people. 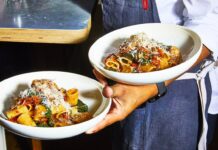