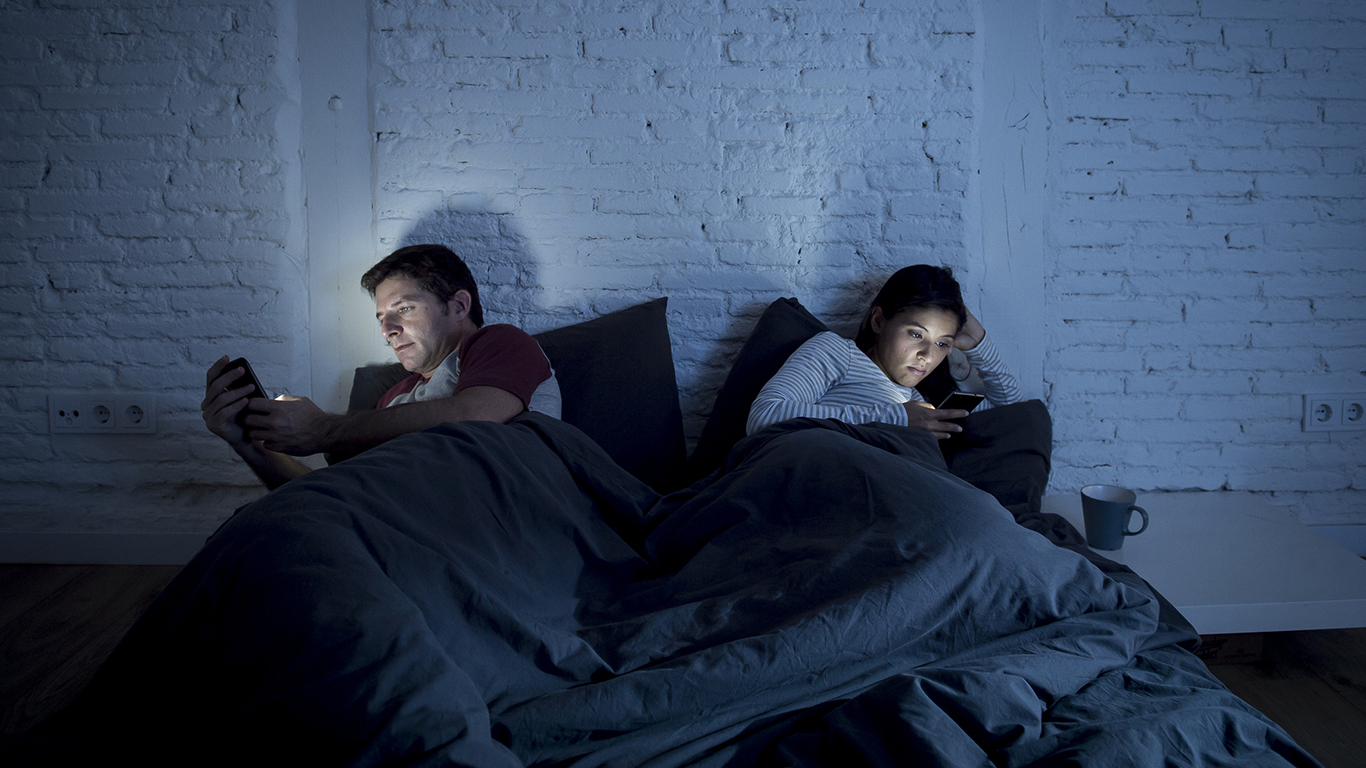 1. Phone Use Before Bed

More than 75% of adults nationwide own smartphones. While cell phones today are an integral part of life, phone use right before bed is not recommended. Clinical psychologist Dr. Kennedy suggests putting phones and other devices away an hour prior to bedtime. “Technology can actually delay your body clock, [so] you won’t get tired when you normally would,” she said.

Several studies have shown that the light emitted by device screens can actually trick the brain into thinking it should be waking up instead of winding down. This causes the brain to reduce production of melatonin — the hormone responsible for regulating sleep — a phenomenon referred to as melatonin suppression. 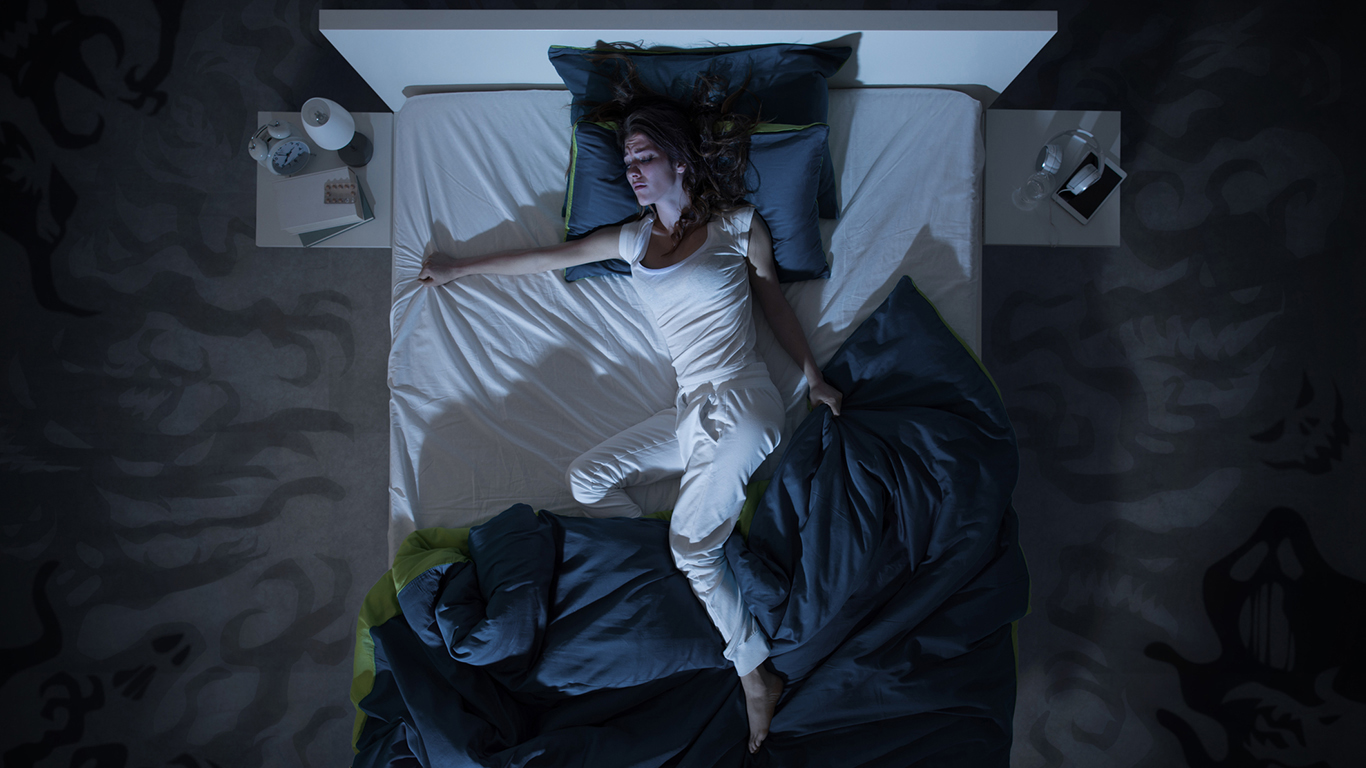 It is all too common to wake up in the middle of the night sweating from the summer heat or shivering from a winter chill. Being too hot or too cold can certainly affect the sleep cycle. The National Sleep Foundation says the ideal bedroom temperature is between 60 and 67 degrees Fahrenheit for quality sleep.

In order to fall asleep, the body’s temperature decreases, and continues to drop at each stage until it reaches the rapid eye movement (REM) stage. For this reason, sleeping in a relatively cool room can help you fall asleep faster. But room temperatures that fall too far below or rise above the suggested temperature can interfere with the sleep cycle. 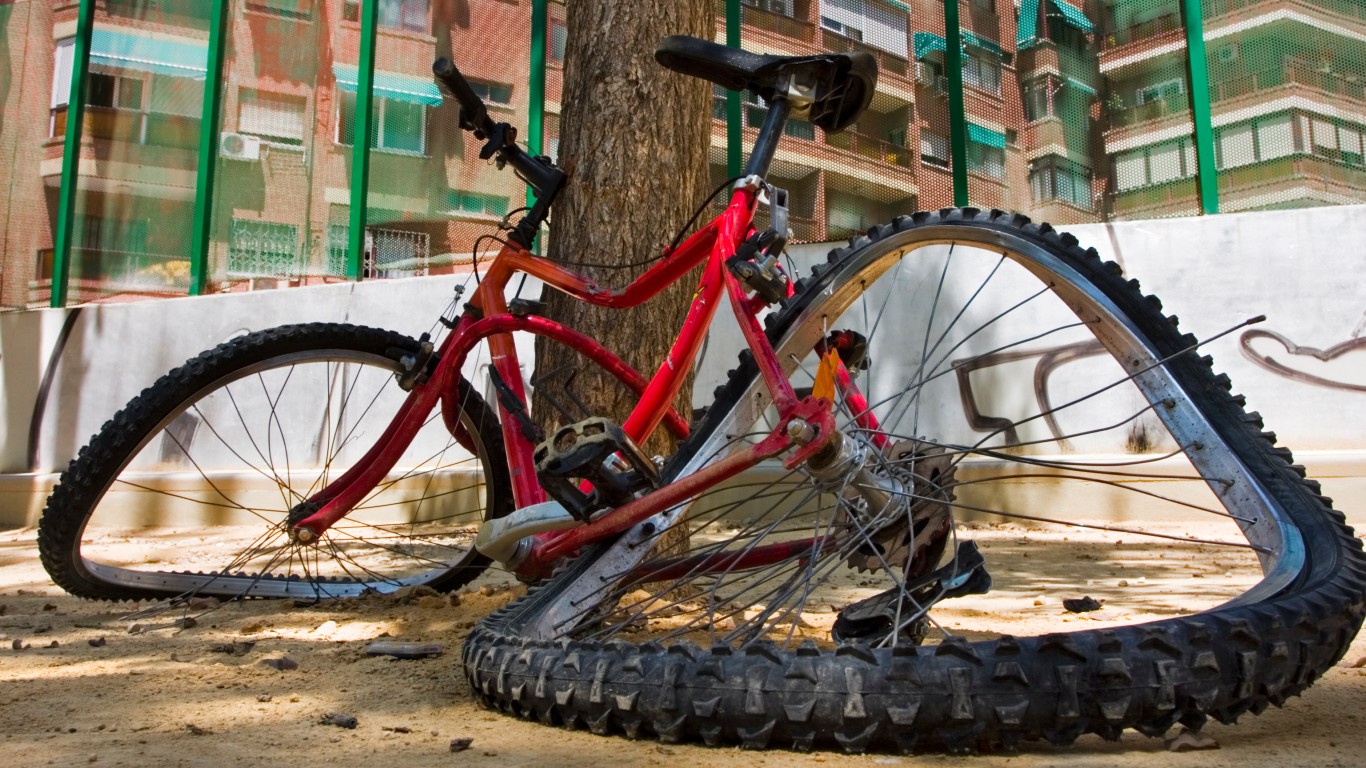 24/7 Tempo
These Are the Laziest Cities in the US 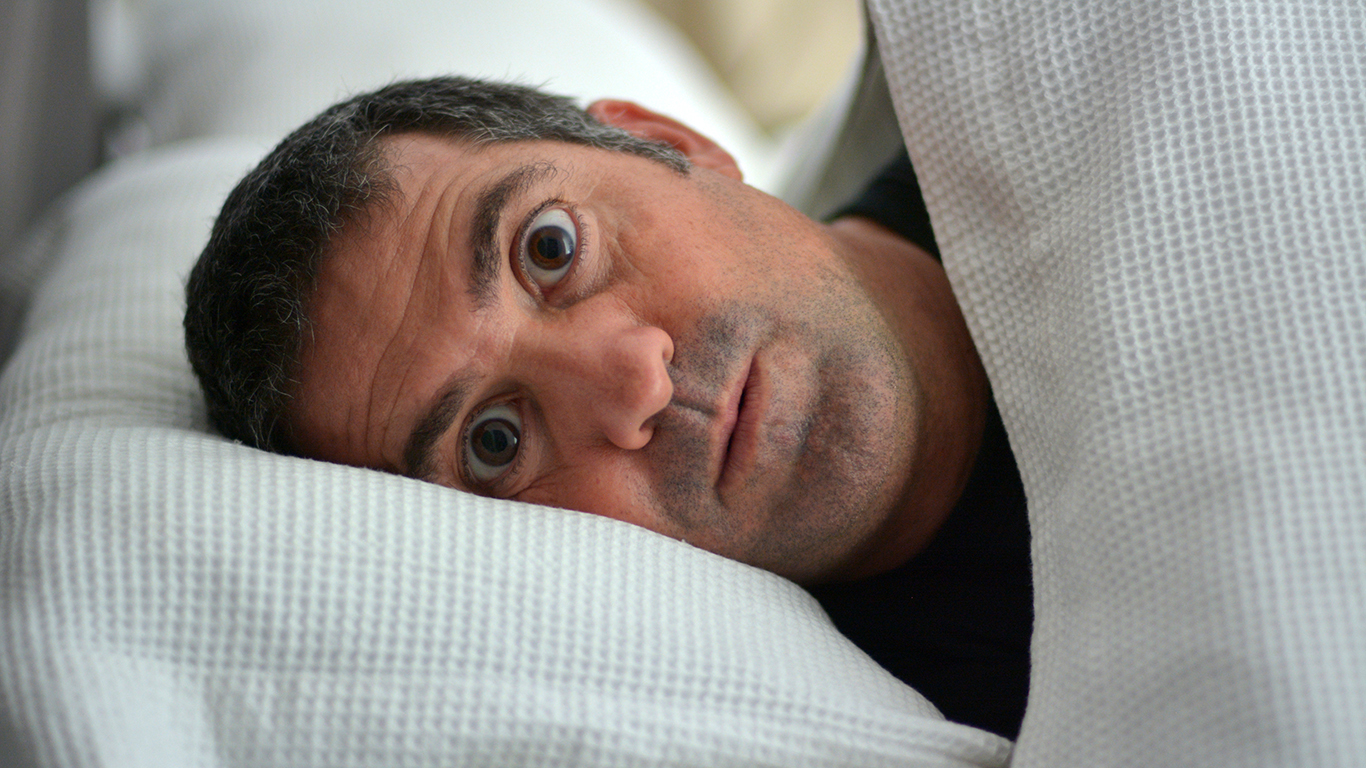 Coffee, tea, and even chocolate contain caffeine, which can interfere with the sleep cycle. Coffee is one of the most caffeinated drinks, with 95-165 mg of caffeine per cup, depending on the brew. Premium coffee beverages and energy drinks, which are increasing in popularity, often have even more caffeine. Black tea contains less than half that amount, at 25-48 mg of caffeine per cup. In addition to the type of beverage consumed, age, time of consumption, and possibly even genetics are among the factors that can dictate the effect of caffeine on an individual. Consuming caffeine even six hours before bed can reduce sleep time by more than an hour, according to a study published in the Journal of Clinical Sleep Medicine.

Experts recommend cutting off coffee consumption early in the afternoon to avoid the stimulant’s disruptive effects on good sleep. 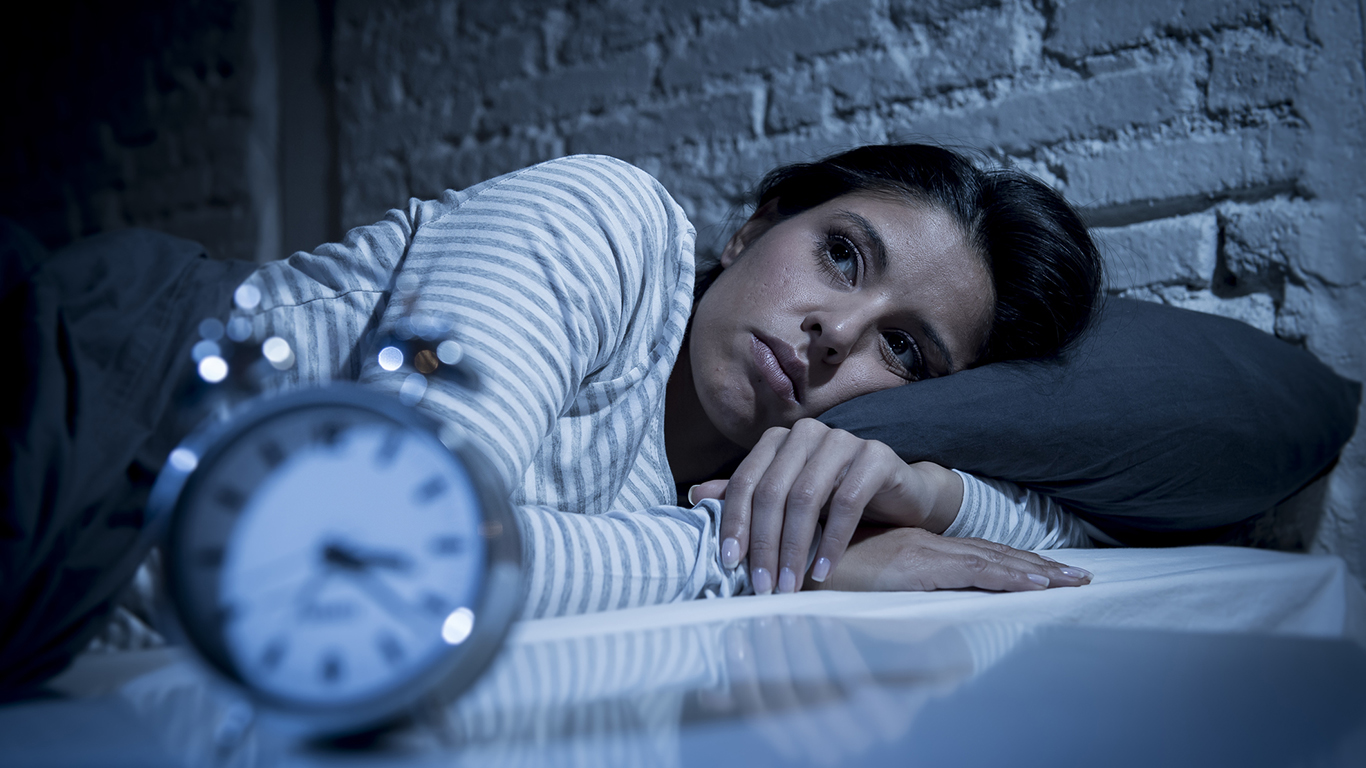 Those who are aware they have a sleep condition know why they have trouble getting quality rest. But many others may not be aware they have a condition. For example, while most people have trouble sleeping from time to time, the recurring struggle to sleep is often the result of a sleep disorder: insomnia. It is the most common sleep disorder according to the Journal of Clinical Sleep Medicine. Insomnia can last a short time or, when it is chronic, for longer periods. Often, other physiological or psychological conditions may cause the insomnia. 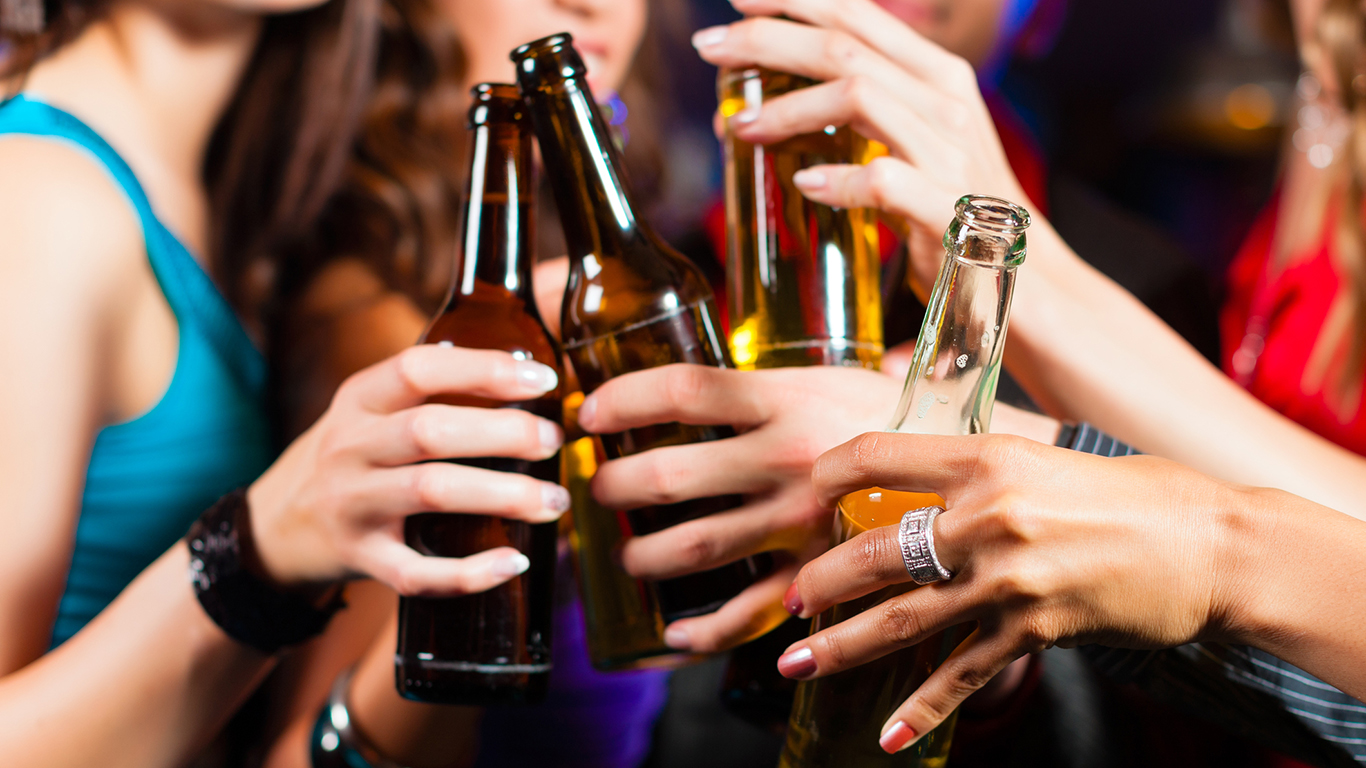 While having a few glasses of wine may make you fall asleep faster, alcohol consumption can disrupt the sleep cycle. People often wake up in the middle of the night after drinking alcoholic beverages. Alcohol consumption increases the production of the sleep-inducing chemical adenosine, which causes drowsiness. When the effect wears off, sleepiness leaves just as fast as it came on, causing the person to wake up hours before a full night sleep. Alcohol is also known to prevent the REM stage of sleep, a critical phase of the sleep cycle that involves consolidating memories into long term memory.

Of course, one of the more obvious effects of drinking alcohol — a diuretic — is the need to use the restroom, which can disrupt the sleep cycle several times throughout the night. 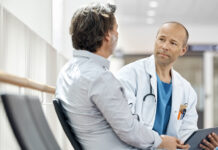