Some of the most talked about health topics of 2019 are negative – measles, food recalls, deaths from smoking e-cigarettes. But it has not all been bad news.

Yes, 2019 was the worst year for measles since 1992, which was declared eradicated from the United States in 2000. But 2019 was among the most exciting in the field of health care technology medical breakthroughs such as 3D printing of human organs and a promising new cancer treatment.

There were significant research developments in the treatment and prevention of diseases and chronic conditions that trouble millions of Americans, including cancer and arthritis. There were also many concerns surrounding the growing use of cannabis-based products.

In addition to public health issues related to lifestyle such as poor nutrition and personal beliefs such as vaccination exemptions, in 2019 environmental factors have also taken center stage. Mostly, the effects of global warming — from floods to fires and hurricanes — and how they can lead to a global food crisis.

Another effect of climate change that has also made the news this year is worsening air quality, which is blamed for thousands of premature deaths in the United States alone — these are the most polluted places in America.

As 2020 nears, we don’t just look back, but also ahead at the new year and the new decade — no doubt some of the breakthrough research this year will bear fruit in the ’20s. 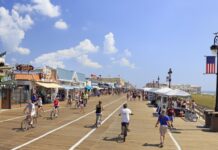 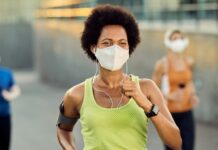