The last decade has produced scandals that have been silly, salacious, and disturbing, involving celebrities, sports figures, captains of industry, and of course political figures, including the president himself.

As the decade draws to a close, 24/7 Tempo has taken this opportunity to compile a list of the 100 most talked about scandals of the decade. We created our list using news reports from various media covering business and finance, entertainment, sports, and politics.

Many scandals involved the serial sexual assault cases of comedian Bill Cosby and Hollywood big shot Harvey Weinstein, allegations that occurred over many decades. For many women, these allegations brought back painful memories. They are helping empower women, as did the feminists before them. Here are 25 women who shaped the feminist movement.

Companies were roiled by similar sexual misconduct episodes as well, and they also had to deal with public relations disasters involving price gouging of products like the EpiPen and treatments for HIV. Businesses like credit-scoring company Equifax, media business Sony, and social media company Yahoo were hacking victims — as were their customers who had their data breached. They were hardly alone. 2019 is on track to be the worst year on record for data breaches.

Sports had its share of unfortunate affairs involving sexual assault and misconduct, as well as a ludicrous episode involving the New England Patriots, who were sanctioned by the NFL for surreptitiously deflating footballs to gain an advantage. 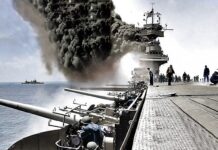