One of the cowboy-hat-sporting “hat acts” that emerged on the Nashville commercial country scene in the early 1990s, Clint Black became the first male country singer to make it to No. 1 on the country charts with his debut single, “Better Man.” Married to actress Lisa Hartman (“Knots Landing”), he released his most recent album in 2015.

Named Best New Artist last year by the Country Music Association, Luke Combs is known for his R&B-tinged modern country sound. His first full-length album, “This One’s for You,” debuted at No. 1 on the Billboard country chart, and his hit 2018 ballad “Beautiful Crazy” won him a Grammy nomination for Best New Artist the following year.

Jay DeMarcus, Gary LeVox, and Joe Don Rooney got together to form Rascal Flatts in 1999, releasing their self-titled debut album — which yielded four hit singles — the following year. In 2006, their fourth studio LP, “Me and My Gang,” had the largest first-week sales of any album in any category, and they were the top-selling group in any musical genre for the entire year.

Consisting of Charles Kelley, Hillary Scott, and Dave Haywood, this contemporary-country trio, formed in 2006, hit it big three years later when the single “Need to Know” (from the album of the same name) climbed to No. 1 on the country charts and peaked at No. 2 in the Billboard Hot 100 in 2010. The group took a break in 2016 but returned to recording the following year, producing the Grammy-nominated album “Heart Break.” 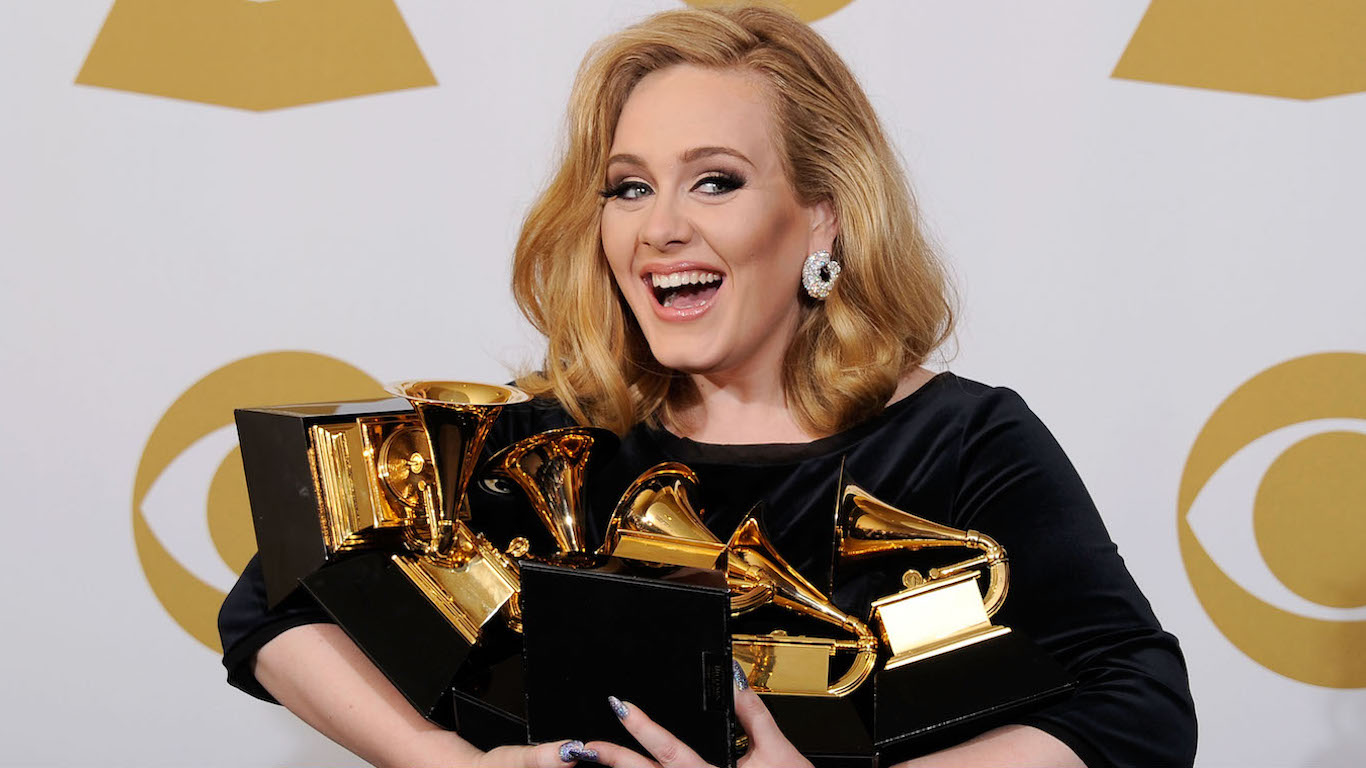 Hank Williams Jr. is the son of the original Hank Williams, the most influential and revered figure in country music — even if not among the 100 most popular according to sales and page-view metrics. Williams Jr. has carved out his own niche in a rollicking country-rock vein with a string of hits, including “All My Rowdy Friends (Have Settled Down),” “Honky Tonkin’,” and “Born to Boogie.” Known for his right-wing political views, he wrote a song called “McCain-Palin Tradition” for the 2008 presidential election and considered running for the Senate in 2012.

Like music wunderkinds Tanya Tucker (see No. 51) and Brenda Lee, LeAnn Rimes broke into the music industry in a big way as a young girl. When she was 11, the Oklahoma native released her first album on an independent label called Nor Va Jak. Two years later, her debut single “Blue” got the industry’s attention, and her powerful voice drew comparisons to Patsy Cline. Rimes has had more success with her albums, scoring five No. 1 hits on the Top Country Albums chart. Her album “Blue” spent 28 weeks atop the chart.

Music was in Eddy Arnold’s genes. Arnold’s father, a Tennessee sharecropper, played the fiddle, and his mother played the guitar. He climbed to the top of country music industry and scored seven No. 1 hits on the Billboard country charts, all in the 1960s. One of those hits, “Make The World Go Away,” crossed over to reach No. 6 on the Hot 100 in 1965.

Carrie Underwood used her exposure on “American Idol” to launch her singing career, and it took off. The Oklahoma native’s debut album, “Some Hearts,” soared to No. 2 on the Billboard 200 in 2005, and Underwood would have four No. 1 albums on the Billboard 200. Underwood has gone on to win seven Grammy Awards, including Best New Artist and Best Female Vocal Country Performance for “Jesus Take The Wheel” in 2006.

Glen Campbell had a slew of hits in the 1960s and 1970s, including the often-covered “Rhinestone Cowboy,” one of his five No. 1 hits on the Hot Country Songs chart. The Arkansas native won six Grammy Awards. The beloved singer-songwriter fought a public battle with Alzheimer’s disease before succumbing to the affliction at age 81 in 2017.