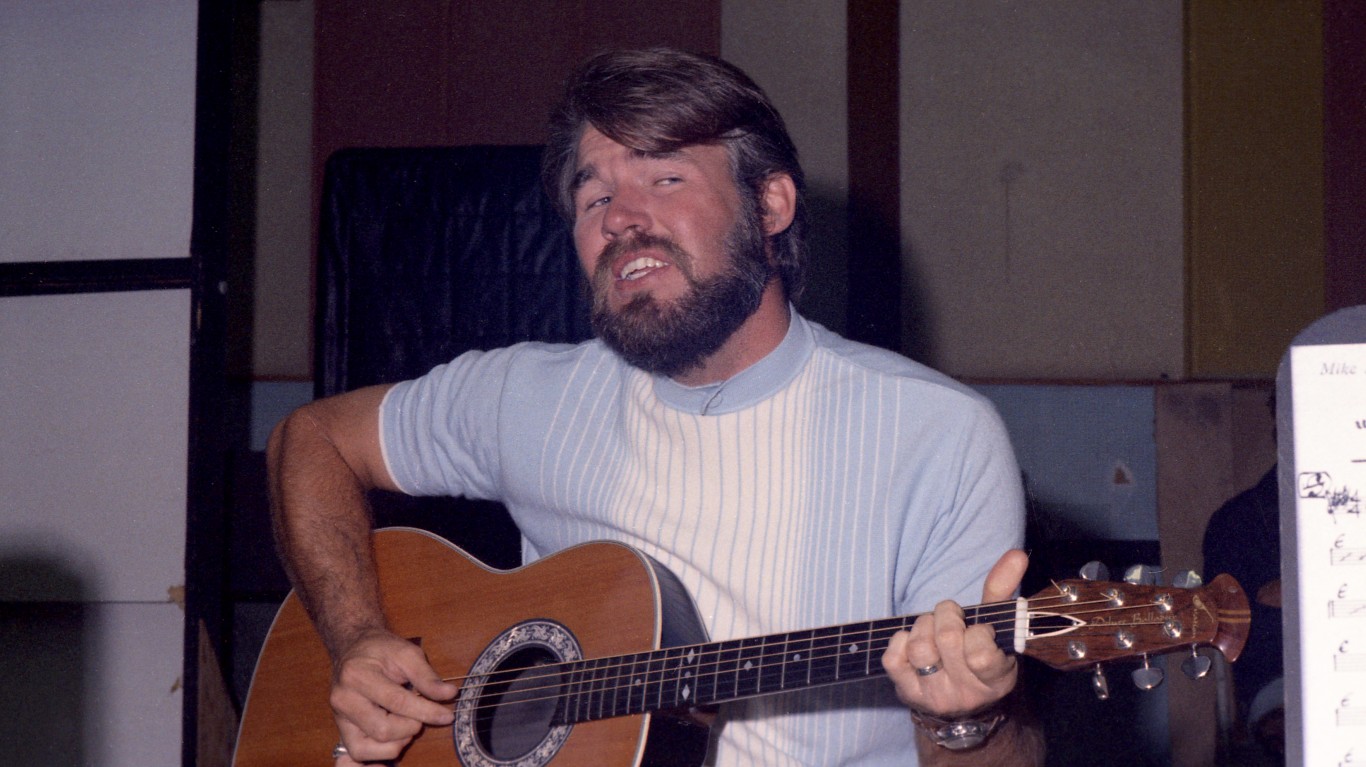 After experiencing musical success with The New Christy Minstrels and The First Edition, Kenny Rogers’ career really took off in the 1970s as America’s country-signing crooner. The Houston native has had 21 songs top the Hot Country Songs chart. His greatest hits compilation went to No. 1 on the Billboard 200 in December of 1980. It includes his signature song “The Gambler” as well as Top 10 hits “Lady,” “Don’t Fall In Love With A Dreamer,” and “Lucille.”

This first Elton John’s greatest hits compilation was a huge success, spending 10 weeks at No. 1. Nearly every song on the album reached the Top 10 on the Hot 100 chart — including “Candle In the Wind,” “Bennie And The Jets,” and “Crocodile Rock” — proving the British singer to be a master at crafting pop hits.

J. Cole, born in Frankfurt, Germany, and raised in North Carolina, is one of the most commercially successful rap artists of the 21st century. He’s had five albums reach No. 1 on the Billboard 200 from 2011 to 2018. All five went platinum, with “2014 Forest Hills Drive” (named after his childhood address) the biggest seller, ringing up sales of 3 million records. The single from the album “No Role Models” reached No. 36 on the Billboard Hot 100. 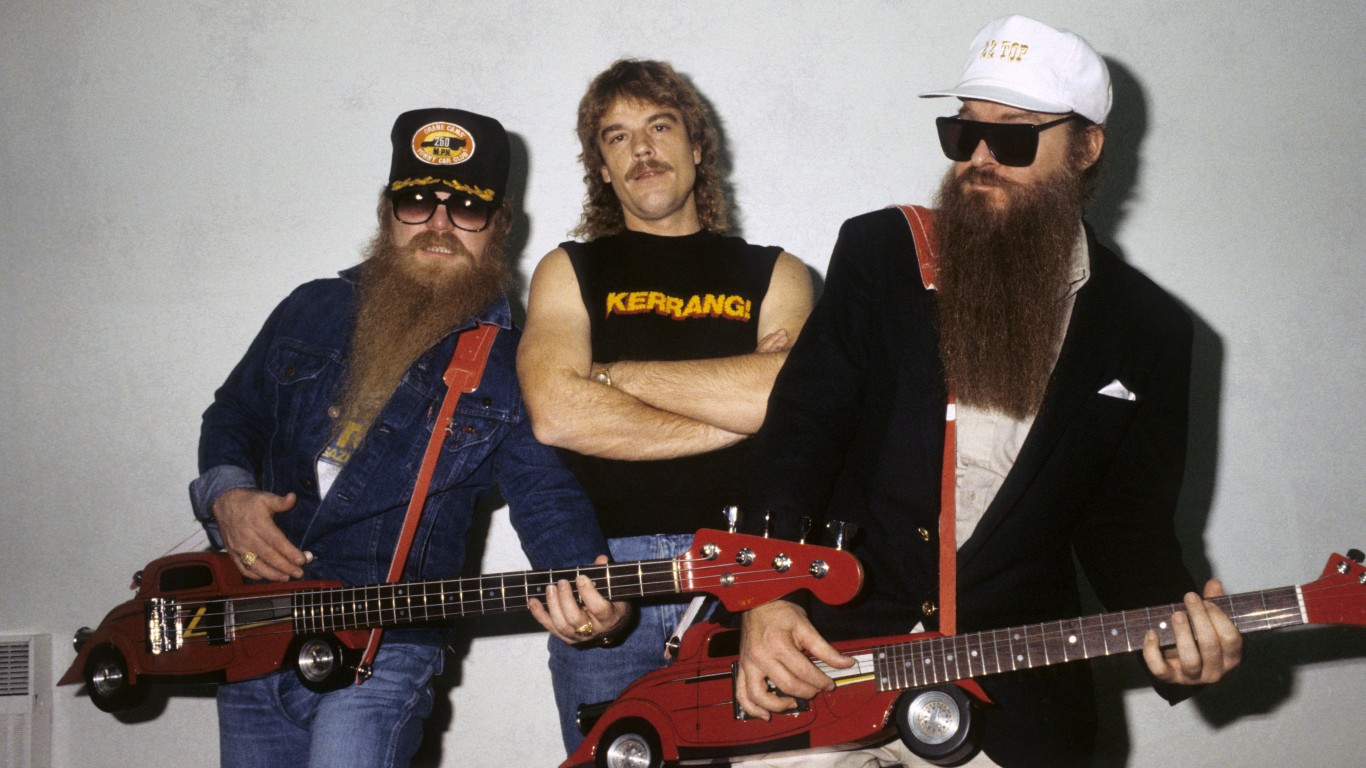 The Texas-boogie band were MTV mainstays with their signature beards and fur-lined guitars. Seven of their albums cracked the Top 10 on the Billboard 200, and seven albums went platinum, including “Eliminator,” which is certified 10x platinum. On the album is one the group’s signature hits, “Legs,” one of its two Top 10 hits. Also on the album are the frequently played “Sharp Dressed Man” and “Gimme All Your Lovin’.”

ALSO READ: Most Popular Musicians on Tour This Spring

Twenty One Pilots draw influence from numerous genres, including reggae, rap, and rock, blending it into infectious pop. The group’s fourth album, “Blurryface,” is the first album ever with all songs in it certified at least gold as singles by the RIAA. This is due in large part to the huge number of streams the album has had on music platforms such as Spotify. 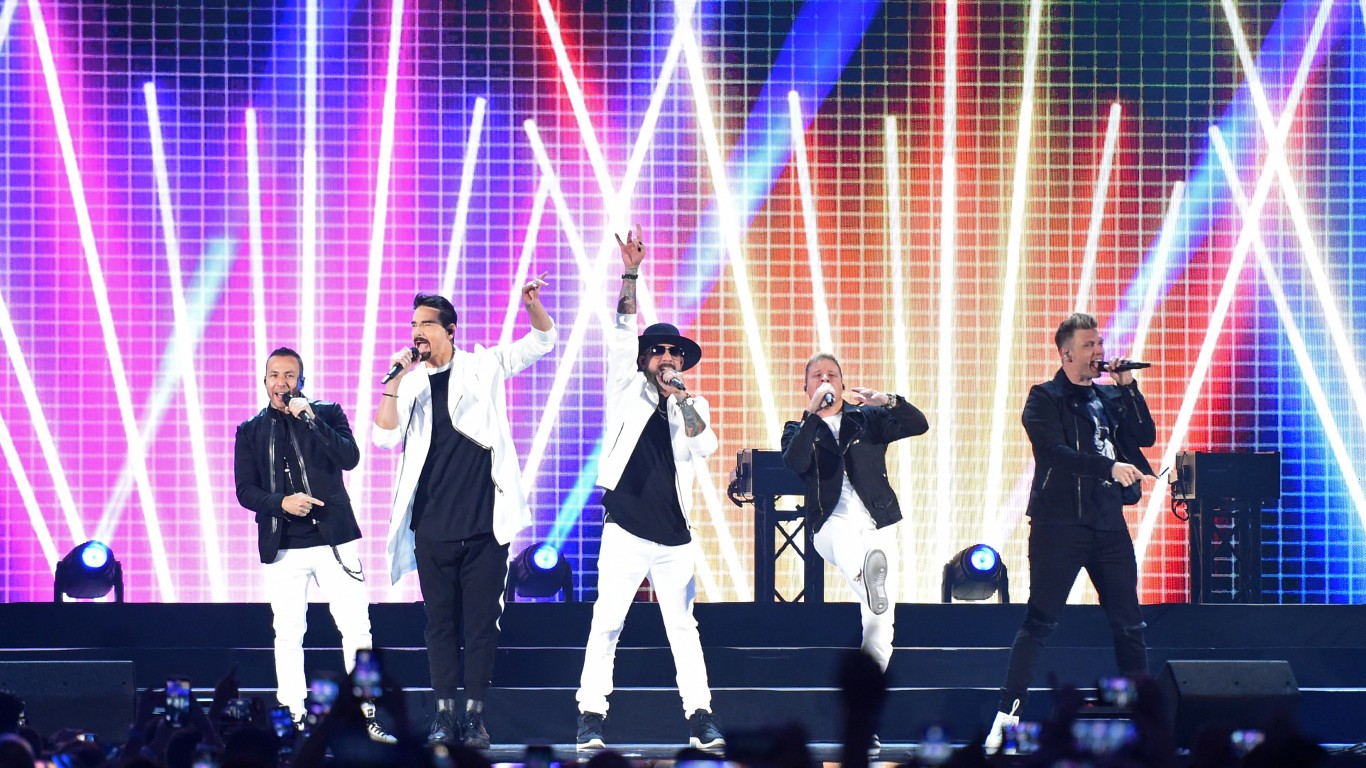 One of the biggest musical trends to take hold during the 1990s was the rise of boy bands. While the Backstreet Boys weren’t the first of this type of group, they were one of the most popular. Their debut album has both ballads and more upbeat dance songs and includes the Top 10 hits “Quit Playing Games (With My Heart),” “Everybody (Backstreet’s Back),” and “All I Have to Give.”

Adele took nearly five years to complete her third album, “25,” following the release of her second, “21.” The wait was worth it for fans, and the album sold 3.38 million copies in its opening week — the top-selling one-week sales for an album since Nielsen began tracking that data in 1991. The ballad-laden record also spent 10 weeks in the No. 1 slot on the Billboard 200. 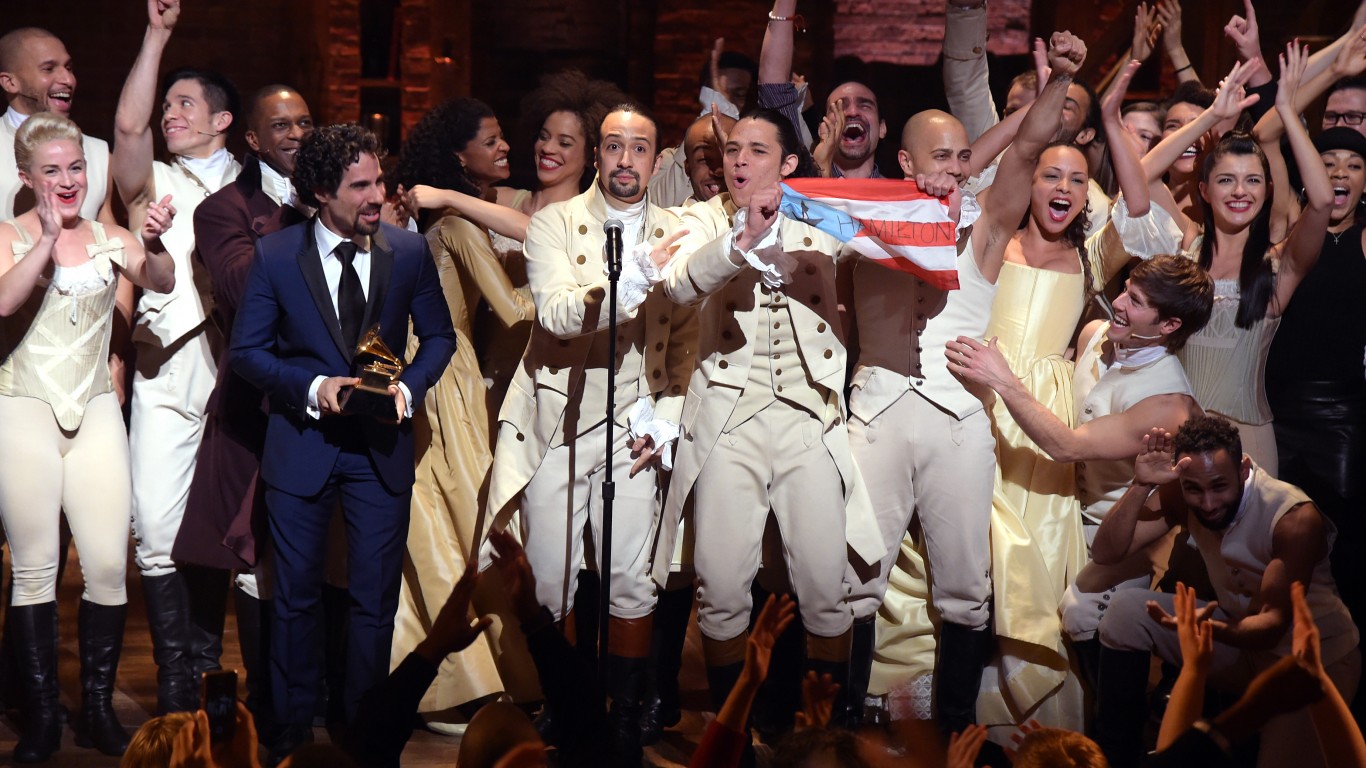 The first studio album by English R&B and pop singer Sam Smith, “In the Lonely Hour” won Best Pop Vocal Album at the 2014 Grammy Awards. It was 2014’s third best selling album in the U.S. and second best seller in the U.K. Five singles from the album were released between 2013 and 2015. The entire album got a reboot in late 2015, with 13 new tracks added.

Though no longer together, America’s greatest folk-rock duo reunited in 1972 for a benefit concert for presidential candidate George McGovern at Madison Square Garden. To capitalize on the attention brought by the event, Columbia Records decided to release a greatest hits album. Nine of the tracks on the 14-song LP include their three Billboard Hot 100 No. 1 hits — “Bridge Over Troubled Water,” “Mrs. Robinson,” and “The Sound of Silence.” The collection also includes previously unheard live recordings of “For Emily, Whenever I May Find Her,” “The 59th Street Bridge Song (Feelin’ Groovy),” “Homeward Bound,” and “Kathy’s Song.” “Simon And Garfunkel’s Greatest Hits” was certified 14x platinum in 2003.