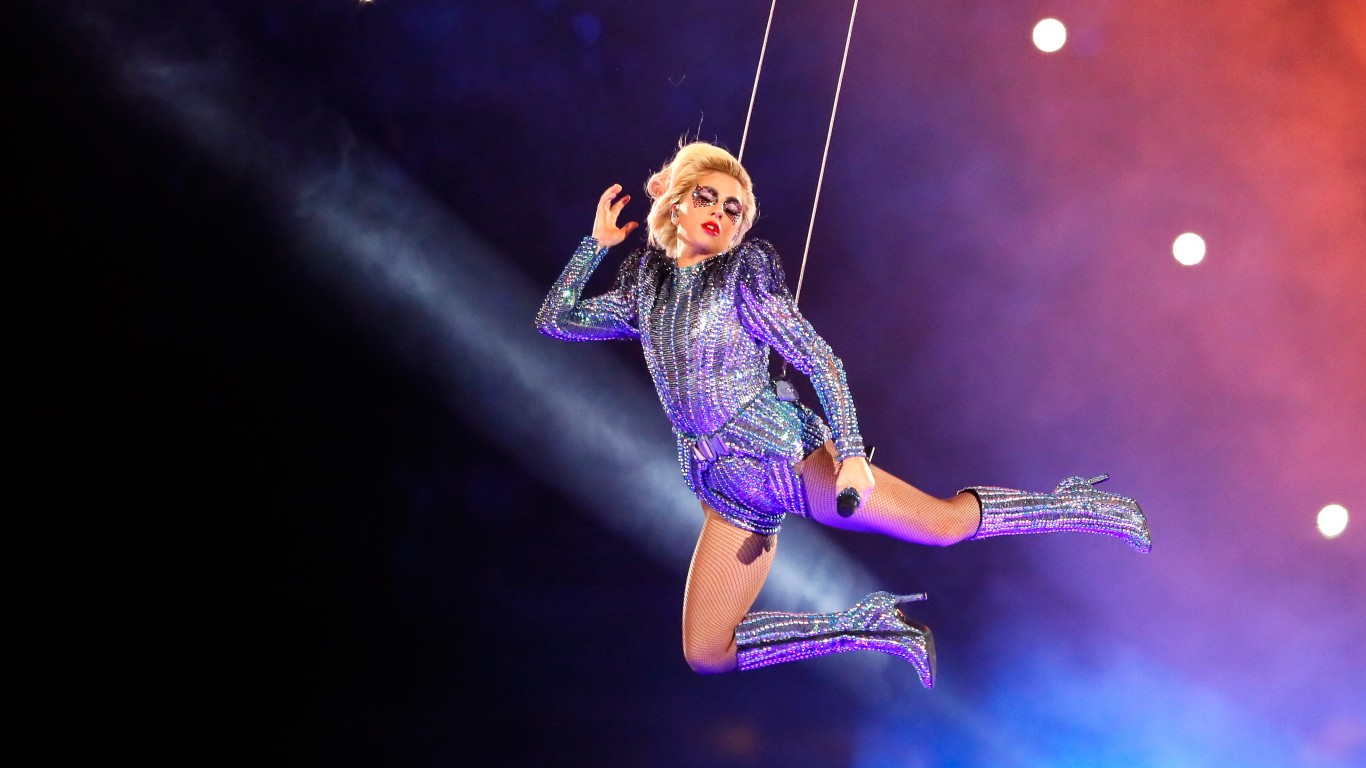 “The Fame” spawned four international hit singles, including “Poker Face” and “Just Dance,” Lady Gaga’s first. Rolling Stone hailed “The Fame” as one of the 100 best debut albums of all time, and the record won Grammy Awards for Best Electronic/Dance Album, and “Poker Face” won the Grammy for Best Dance Recording.

Mumford & Sons, a Grammy-winning English folk revival group formed in 2007, shot to music fame with their debut album “Sigh No More.” The LP surged to No. 2 on the Billboard 200, one of five Top 10 albums for Mumford & Sons, and was the first of their three platinum albums. The record generated the singles “The Cave” and “Little Lion Man.”

Featuring guest appearances by Sting, Peter Gabriel, and others, this album by former Genesis drummer and vocalist Phil Collins generated four hit singles, two of which — “Sussudio” and “One More Night” — rose to No. 1 on the Billboard Hot 100 chart. “No Jacket Required” won three Grammy Awards in 1985, including Album of the Year. 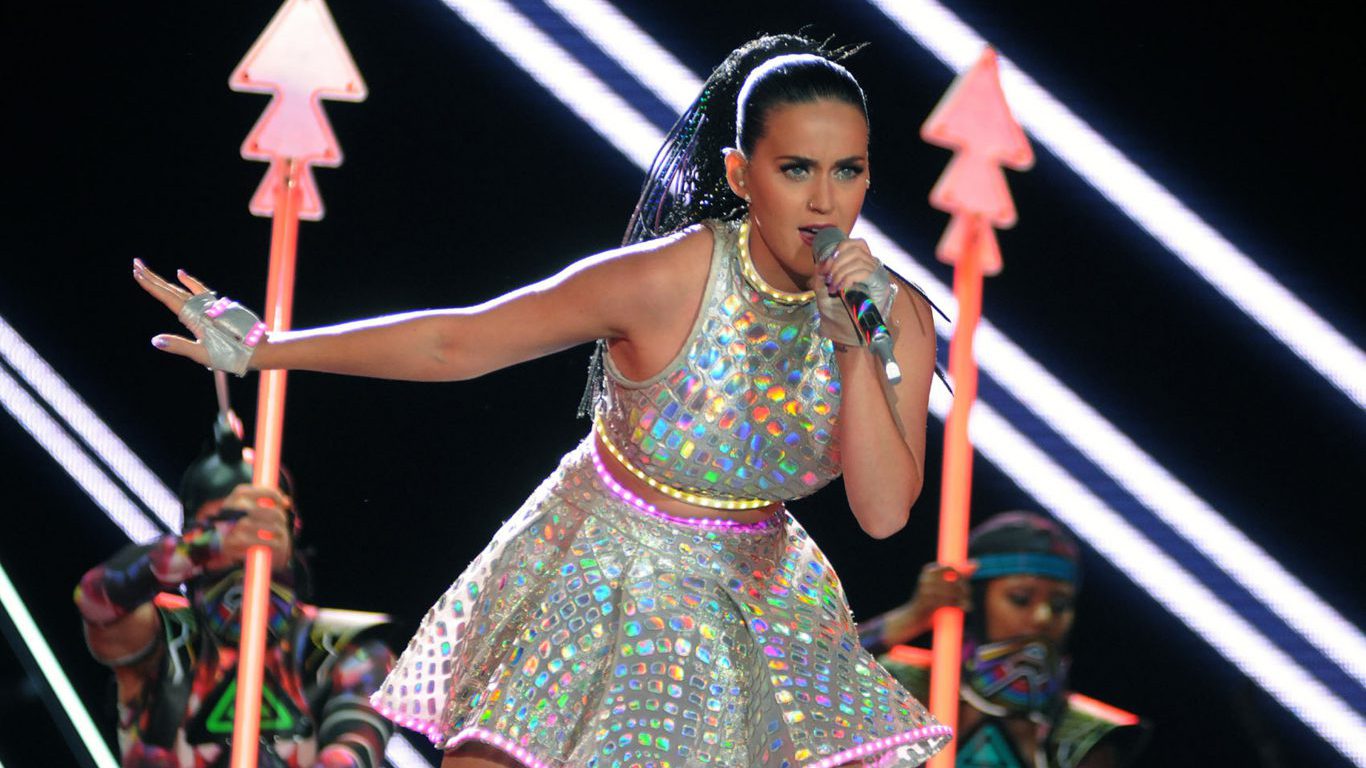 This Katy Perry album generated six singles, starting with the Hot 100 No. 1 hit “California Gurls,” featuring Snoop Dogg. Four of the other singles also topped the charts, making “Teenage Dream” only the second album in history to produce five No. 1 hits (the other being Michael Jackson’s “Bad”). Though it failed to win in any category, the album and its singles were nominated for a total of six Grammy Awards. 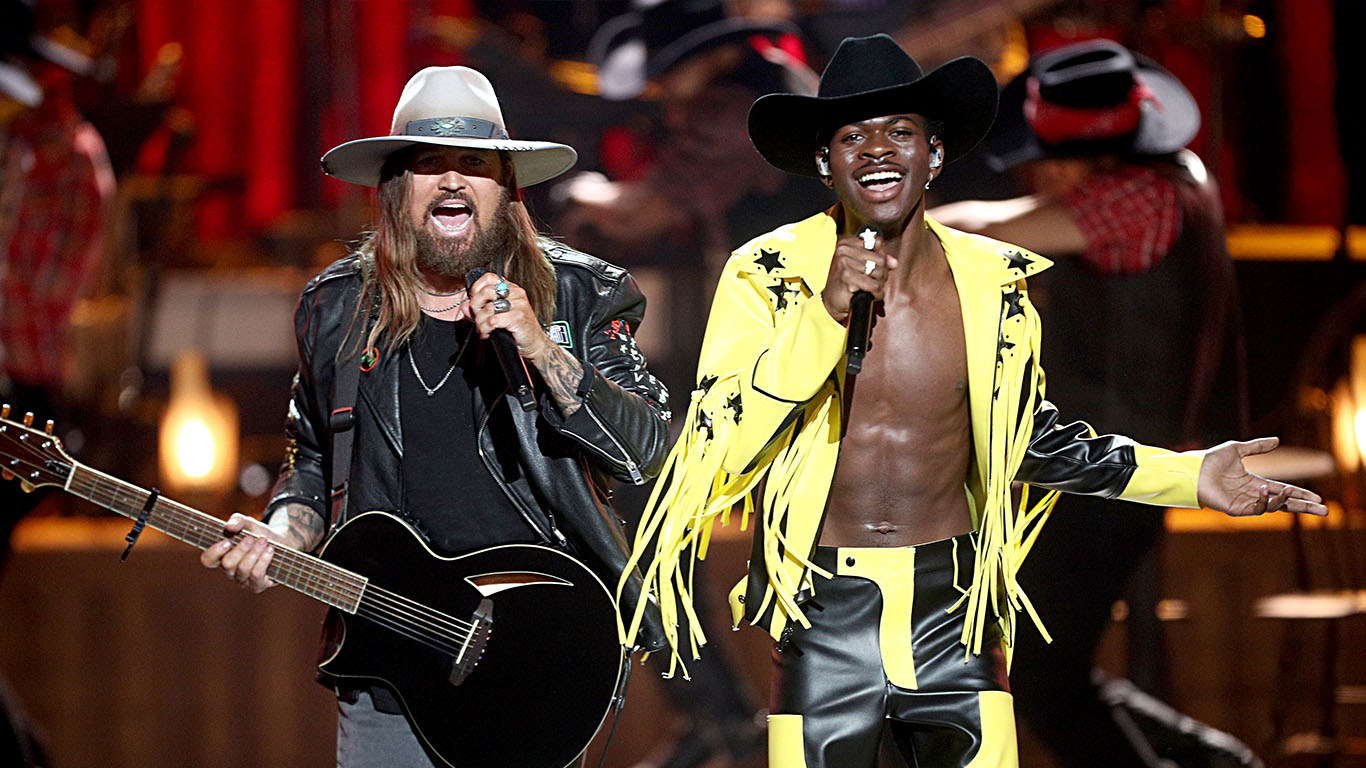 Canadian performer The Weeknd’s album “Beauty Behind The Madness” was certified 3x platinum in August 2016, just eight months after the recording was released. The album produced two Billboard Hot 100 No. 1 hits, “The Hills” and “Can’t Feel My Face.” A third song from the album, “Earned It (Fifty Shades of Grey),” peaked at No. 3 on the Billboard Hot 100. 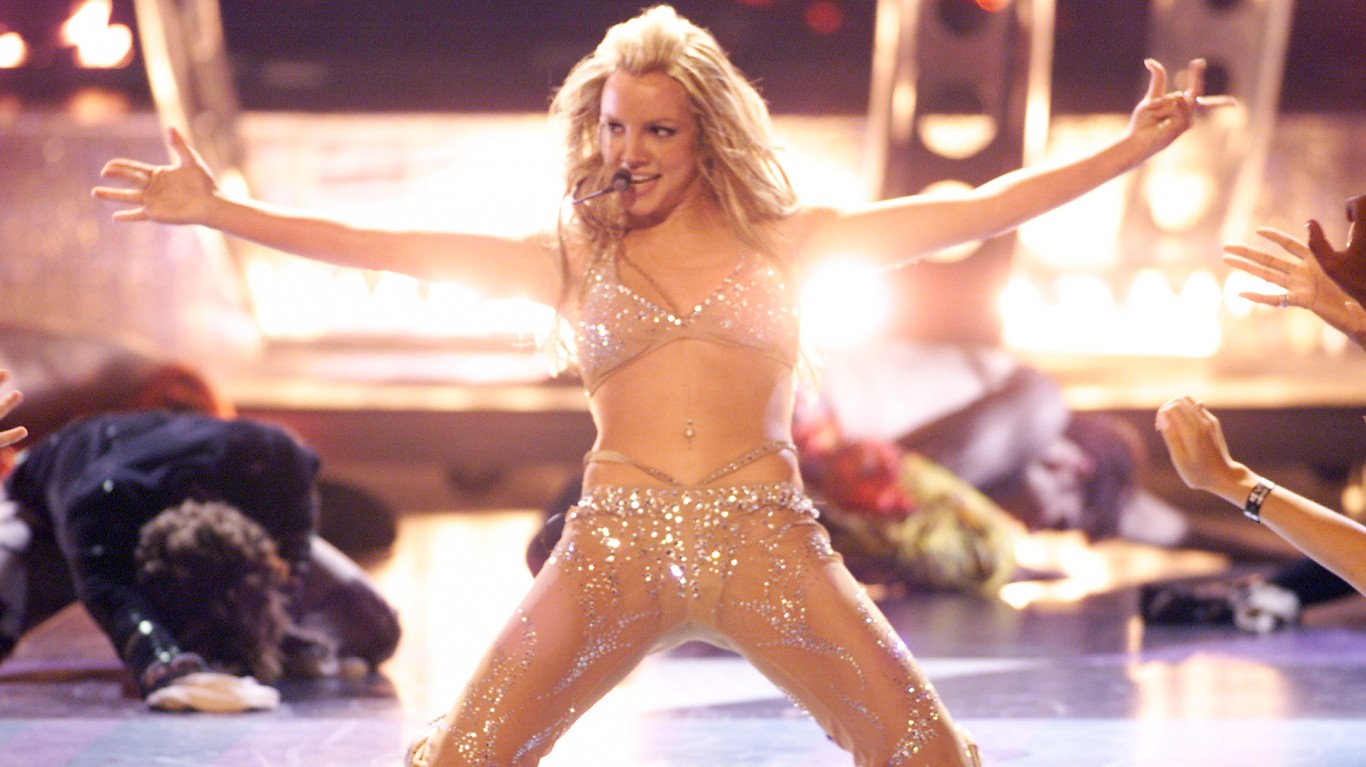 The combination of Britney Spears’ performance and the production work of Max Martin, who also worked extensively with the Backstreet Boys, turned out to be a winning one. Spears’ debut album spent six weeks at No. 1 and is certified 14x platinum. It also propelled the young singer to superstardom, due in part to the iconic music videos released alongside the album’s singles. 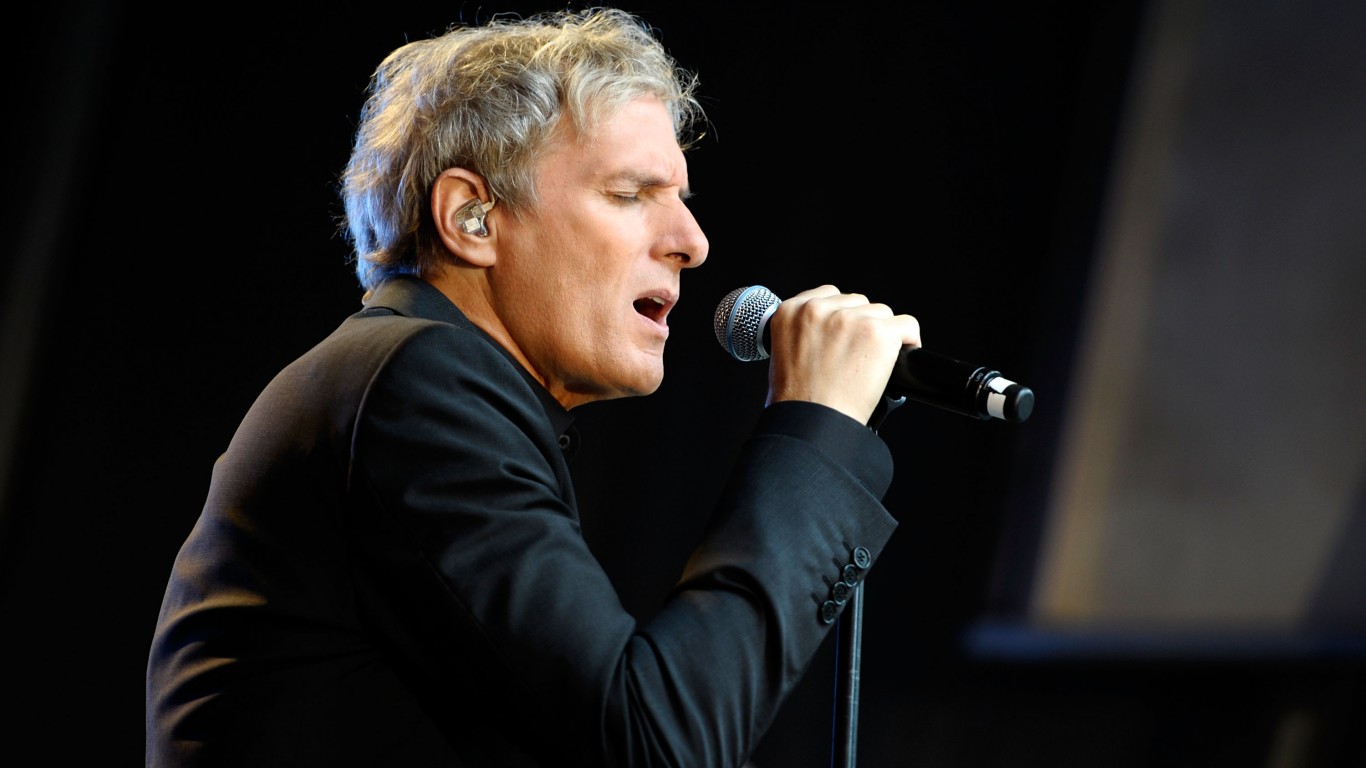 The formerly shaggy-haired balladeer from New Haven, Connecticut, started his career as a hard rocker before transitioning to blue-eyed soul and racking up seven platinum albums. “Soul Provider” peaked at No. 3 on the Billboard 200 in April 1990 and produced hits such as Bolton’s first No. 1 single “How Am I Supposed to Live Without You,” which won him a Grammy Award for Best Male Pop Vocal Performance. Other Top 10 songs from “Soul Provider” were “How Can We Be Lovers” and “When I’m Back on My Feet Again.”

Critical reaction to this Luke Bryan album was mixed, but it did very well commercially â debuting at No. 1 on the Billboard 200 and Top Country Albums charts and going platinum the month after it was released. It became the third best selling album of 2013. Six singles from “Crash My Party,” including the title track, were released over a 19-month period. 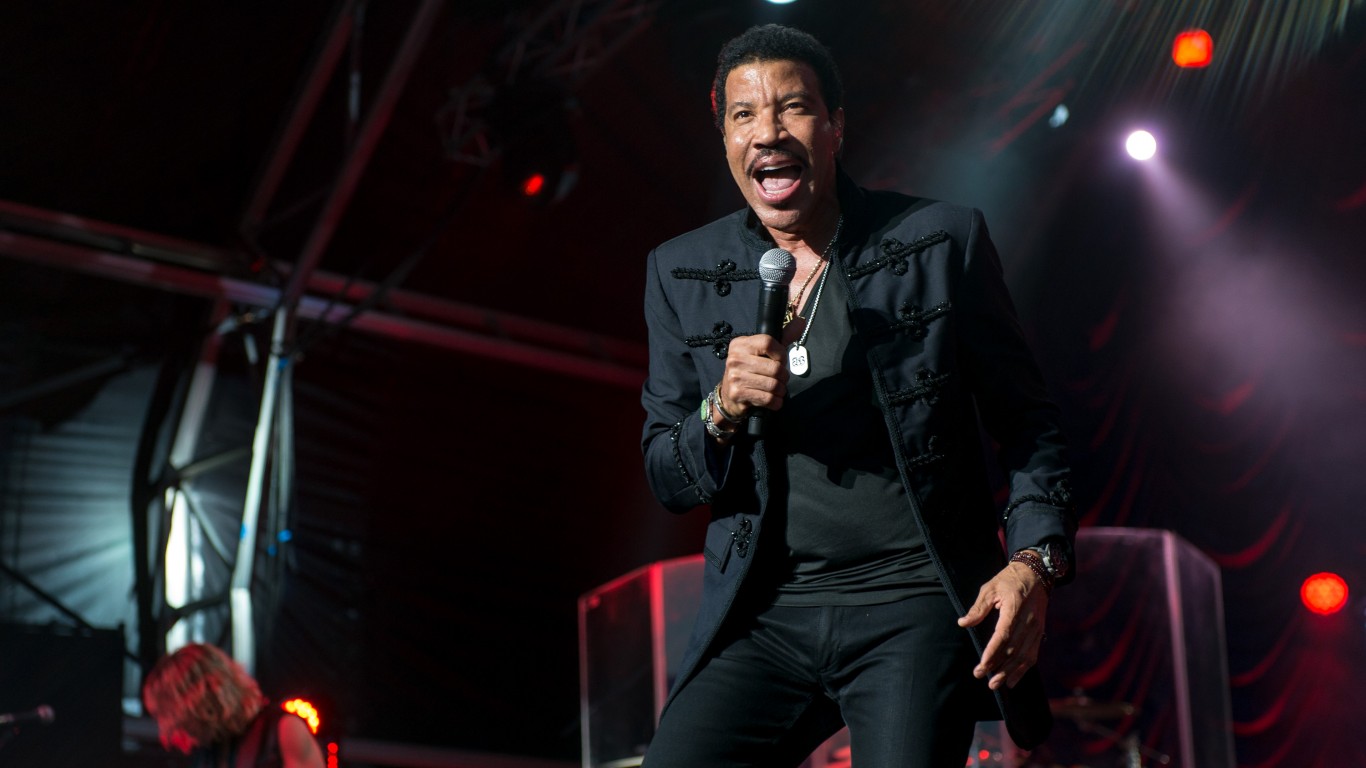 Lionel Richie’s “Can’t Slow Down,” his second solo album, sold 10 million copies by December 1985, just over two years after its release. The blockbuster album that appealed to a broad audience spectrum includes two of his five Billboard Hot 100 No. 1 hits, “All Night Long (All Night)” and “Hello.”

Eminem released his first No. 1 record in 2000, “The Marshall Mathers LP.” The album balanced vulgar humor and dark imagery with hip hop beats and catchy choruses. It features numerous singles, including “The Real Slim Shady,” which was a huge hit on MTV and won its Video of the Year award.